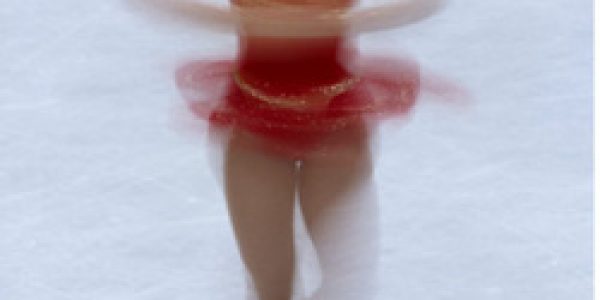 This post should put your head in a spin. If this is indeed an illusionary universe then there can be no hard and fast definite materialistic qualities assigned to this construct. Every apparent conclusion must by its very nature display some nebulous properties.

Let’s take the characteristics of orbital revolution (length of year) and that of axial rotation (duration of a day) as our stating point to describe all paired relationships.

We are familiar with the earth’s yearly cycle taking 365.242 days to complete one orbit of the sun. The earth also rotates on its own axis taking 24 hours to do so.

Let’s define this optimal earth-sun distance as R1. We know that if the earth was moved permanently closer (0.7R1) to the sun then it would increase its positive charge. This is achieved by slowing the axial rotation so that the days become longer as the orbital year gets shorter. The universal constant remains unchanged.

Likewise, if the earth was moved permanently to an orbit further away from the sun (1.6R1) the earth’s dynamics would change to cause an increase in axial rotation (shorter days) which would also increase the length of a year.

If we draw a perfect circle we can do so because we keep the radius/diameter constant as we draw and the curved rim line eventually returns to the starting point to begin the cycle again. This rim line has a relationship with its own the central hub although that hub may not always be visible as we see when rolling a hoop, the location of the hoop’s center is constantly shifting. The same must apply to all rotating bodies.

Imagine for a moment that the earth was the only body in the universe, would it revolve and if so about which point ?
Now, if we now set the earth in revolution about a fixed point to trace out a perfectly circular orbit, what is the relationship between the earth and that central fixed point ?
Indeed what are the properties of the central hub itself ?
What is the nature of the force which keeps the radius/diameter constant ?

Suppose we slow the axial rotation to an absolute minimum. R1 would also be minimal, in fact, the axis of rotation would be superimposed on the hub focal point. The earth’s rotation would appear to have stopped (endless day) and the revolution would be maximum (shortest years). But, the orbit is so short the body would not appear to be moving either ! The orbital motion is maximum yet it appears still. Orbital revolution and axial rotation appear superimposed over one another. This creates our first illusionary quality.

This implies for the cathode that there is a perfect harmonic distance away from the central hub which expresses the shortest days and the longest years.

But, what happens to spherical bodies undergoing maximum axial rotation?
They bulge, so much so the spheres flatten out to a disk. They cannot possibly remain as a sphere. Beyond this flattened geometry they cannot go unless the universal constant is changed.

The focal center of the disk (flattened sphere) is common to the rotation (duration of a day), and to the revolution (year). It appears as though two motions are superimposed over one another… again ! It is rotating so fast it appears still !

As WR says, nothing is what it seems 🙂