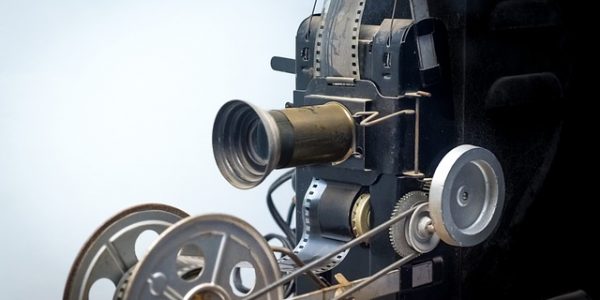 WR describes this illusionary reality of apparently moving images in terms of the typical screen projection process.
A light source (Thinking Mind) is shone through a negative (Creation Idea) and the image is projection onto a 2D screen. The illusion of a moving image is created by the dynamic Thinking of Mind, although there is no movement in the negative itself. The negative is Still.

We can now experience that projected image through our sensing, which can make us laugh and cry.

We have no sensed experience of the mechanism of that projection, although science understands that matter does seem to appear out of a void of some sort in some way!
If we now imagine that there two overlapping screens such that part of the image is projected onto upper screen with the remainder of the image projected onto the lower screen. A little 3D depth is now perceivable to the observer.
What if there were a million such overlapping screens between the projector and the fully completed image?
Each screen holding a piece of the overall image. One might think of the audience as being IN the 3D experience itself !

This might give you the impression that the projector is always behind you, projecting an image for you to walk into, so to speak.
We know that Mind/Source is omnipresent and is in complete control of its desire to express its Thinking.

So, think of those million screens as their own source, they create their part of the overall Creation Idea. Every point is a projection source. The metaphysical universe is composed of Mind/Light and negative. Our perceived reality is the movie, moving images which have no existence at all.

Scroll back to top