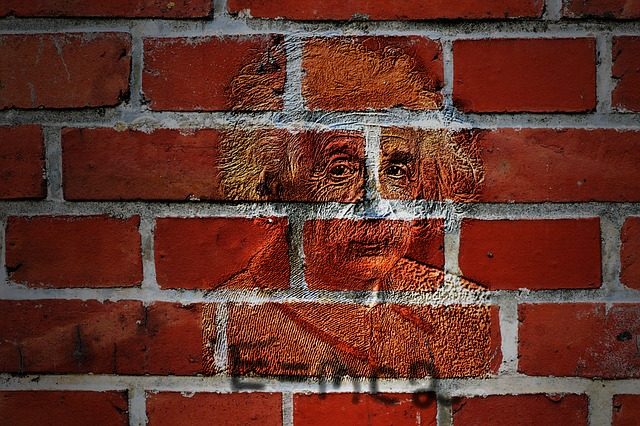 Conventional physics is plagued with one theory after another. There is for example, m-theory, f-theory, string theory, general/special relativity, black holes, big bang as well as the common misunderstandings with respect to electricity and magnetism to name but a few. But, what if there was a simpler model ?
WRC offer’s that model although it may not be immediately obvious after only a cursory glance.

For a better understanding of how our universe works look no further than the simple garden wheelbarrow and the echo of your voice across a valley.
Contemplation of the echo mechanism will teach you about wave/particle duality and the reproduction principle.
If you think of the voice as a condition of compressed potential. When the voice is released across the valley that accumulated potential is now free to expand and radiate all its potential back to silence.

If however, this radiating process is interrupted, in this case by a cliff of mountain, then those radiating waves of energy are reversed back to centripetal or generating waves and the original sound is reproduced as an echo. This echo now radiates back in your direction and condenses again within your ear to produce a copy of the original sound. In this two-way universe of motion all physical bodies are radiating back to stillness, but those planes of zero curvature act just like the cliff face to reverse any expanding motion back to generative centripetal motion.

The normal operation of a wheelbarrow is a great example of how balanced interaction work together to creates apparently continuous motion. If motion has to exist at all within the physical and not be allowed to radiate back to Stillness then it will do so but also attempt to simulate stillness with a partner within the physical realm.
In other words, motion which to destined to remain within the physical will seek a balance state of motion and simulate a balanced stillness. NaCl is a good example and its cubic structure is a measure of how it has achieved that balanced condition.

If the wheelbarrow is operated with one hand only, then the force will tip the barrow in the opposite direction and the forward motion will be impaired or stopped altogether. In order to get a smooth operation of the barrow, the applied force oscillates from left/right. This rhythmic interaction maintains the centre of gravity more or less centered between the two handles. This simulates the condition of Cosmic Stillness, a stillness which is achieved through balanced interchange.
One can now easily imagine a waveform oscillating from the left arm to the right arm to maintain a balanced centre of gravity aligned with the center of the barrow operator. One can also appreciate the curved path which would result if those left/right forces are unbalanced !

Nature is simple, all motion wants to stop/die and return to Source. Physical form is maintained through balanced interaction which simulates stillness (death) and provides an acceptable half way house to Source !