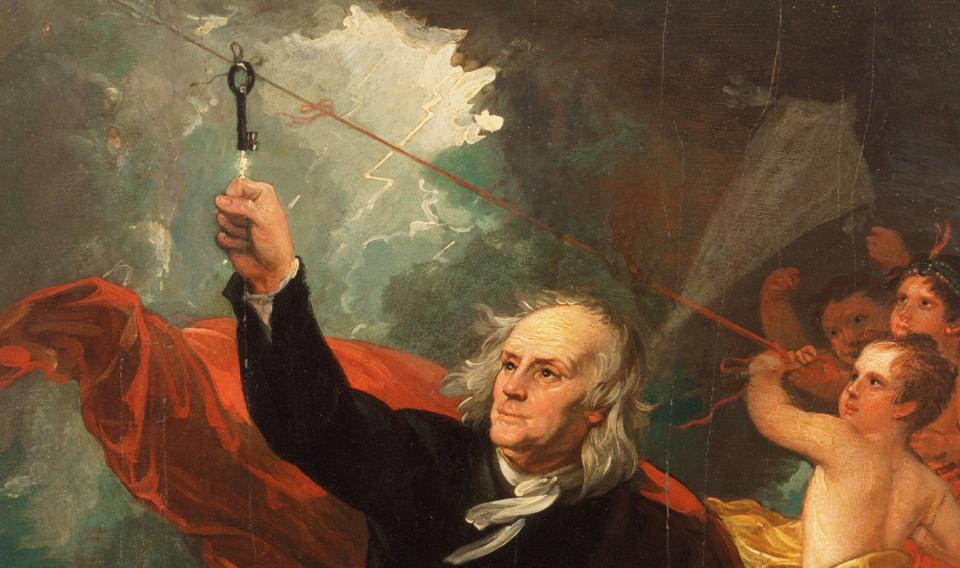 Ever since Benjamin Franklin flew his kite into the wild storms over Philadelphia great minds have tried to harness the power of nature. Nikola Tesla was probably the first to successfully harness usable power from the ‘static’ atmosphere. Do we all not already have the knowledge how to achieve this ? Do the explanations of modern science hamper our abilities ?
Can WRC help focus our attention to unlock Nature’s secrets ?

We know for example, that gears rotating on the same shaft will turn in the same direction. While meshed gears on adjacent shafts will rotate in the opposite direction. Those gears on the same axle have no way to interact with one another. We can argue that there is a 90° relationship between same/adjacent axles and useful machines can be constructed by transferring motion to adjacent shafts. WRC is keen to show us this 90° relationship between opposite conditions.

We know also that energy storage units, batteries and capacitors behave differently depending on whether they are arranged in series (same shaft) or in parallel (adjacent shafts).
By aligning batteries in series we can maximise the voltage or potential difference without increasing the capacitance, whereas aligning those same batteries in parallel increases the capacitance (current) without increasing the voltage. The relationship interchanges. Is this not analogous with how gears interact.

Now, if we think of Franklin’s kite string as a series (same axle) connection between the upper atmosphere and the earth, then it seems reasonable to expect a high potential difference between the ground and upper atmosphere, with no usable power or capacitance.
I have argued that the loops of force which surround a wire experiencing a voltage behave exactly like gears on the same shaft. They can only interact like clutch plates and rotate in the same direction. If this idea is now applied to Tesla’s radiant energy experiment then by realigning (through 90°) the collector mechanism to output in parallel rather than 100% in series as is usually the case.

Nature’s not so useless static may just be ready to let us in to her little secret!